The use of derogatory slurs in VOIP

By Bala, October 11 in Archive

This topic is now closed to further replies.
Followers 39
Go to topic listing

The topic of this discussion is.. is it time for us as a community to disallow the use of certain derogatory slurs to be used in VOIP? Personally, this topic has been raised a few times before an 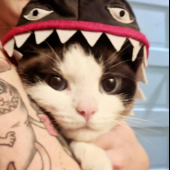 -1   This is a game for adults. If you're a snowflake, that's on you. As long as people are not actually being racist/homophobic etc then it should be allowed. Censorship is not something I

I'm happy that that is the case for you and I hope that continues, but unfortunately, it's not just about whether or not you find these slurs offensive or not. It's about the community, as a whole.