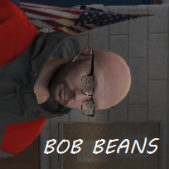 This topic is now closed to further replies.
Followers 6
Go to topic listing

(( Discord )) The Beans gang specializes in making drugs. 'Beans' are a secret word for drugs, shh!    Bob Beans This man is a professional BMX-er, sometimes refer