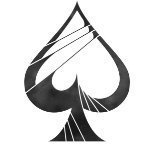 By Dee_Luffy, September 6 in Player Factions