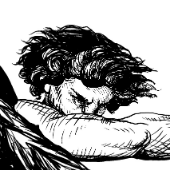 Sleight of Hand Wrong Place, Wrong Time: It was just another day for the Royals, finishing their daily events of robbing every store and cooking for the night as they all collected around th