By Moda_Montasser, February 25 in Player Factions

Born in Norway, Olivia leaves for America at 18 and ends up in Los Santos, changing her last name for a hopeful and fresh start. With barely any money by her side, she is quickly introduced to the wor 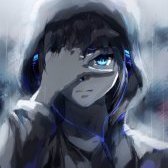 Under Ground Racing Begins! The day has finally come to start the underground race wars on the tracks! The crew got together and decided to launch a underground racing operation which was planned