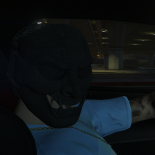 Remove Welfare when in a High Tax Bracket & Other Criteria.

By CallumMontie, January 6 in Game Suggestions