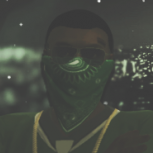 This topic is now closed to further replies.
Followers 47
Go to topic listing

The beginning of something great, comes with a lot of struggle. There’s no doubt that something like this will be a struggle and the idea of having to start from scratch can be daunting. Deciding to s

Drain and Sakura were visiting the LS Bank to deposit cash they had received from a recent gun sale, when Drain saw two familiar faces approaching them; Mike Laurie and Jay Russo. After a brief conver