Change the robbery rules back/Adjust them 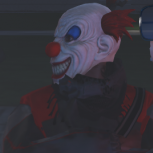 I agree completely, this rule has single-handedly pushed nearly all the people I have met on the server away from the server or it has put them off criminal RP. I know personally that the biggest gang

From the very first moment this rule got introduced, I seen absolutely 0 benefits from this, it may seem that I’m only saying this because “I only play this server to shoot” but this is not the case,